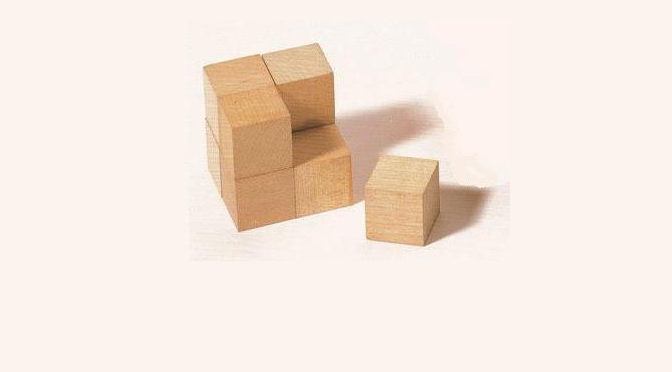 By presenting the eight cubes as a whole unit in the form of a cube, the child is made aware of the wholeness and discovers that each part is the same shape as the whole.

A child aged about one to three strives to separate things, to take them apart, to change their form, but also to reassemble them. The child is intent on discovering inner properties of things and having discovered them, on recreating the whole.

A child will move the cubes, put them on top of each other and thus begin to build.

Buy beechwood blocks made in Germany to the original designs of Friedrich Froebel since 1835.

Buy maple cubes made in the United States

The watching adult encourages by using words which refer to the child’s actions – eg. up, down, onto – and also suggesting what the child might have built.

What kind of objects may such a child represent? Most probably the child will be representing a familiar object, a stool, a table, a chair, a bed, a house. A chair does not exist in isolation, it might be the chair on which an adult sits to tell a story. 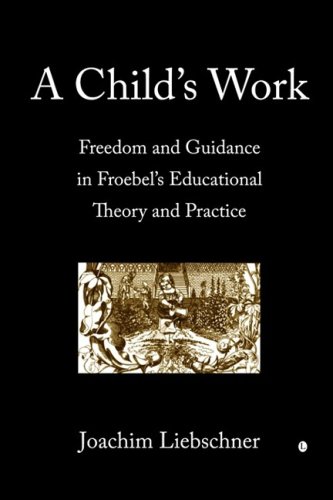 A Child’s Work: Freedom and Guidance in Froebel’s Educational Theory and Practice